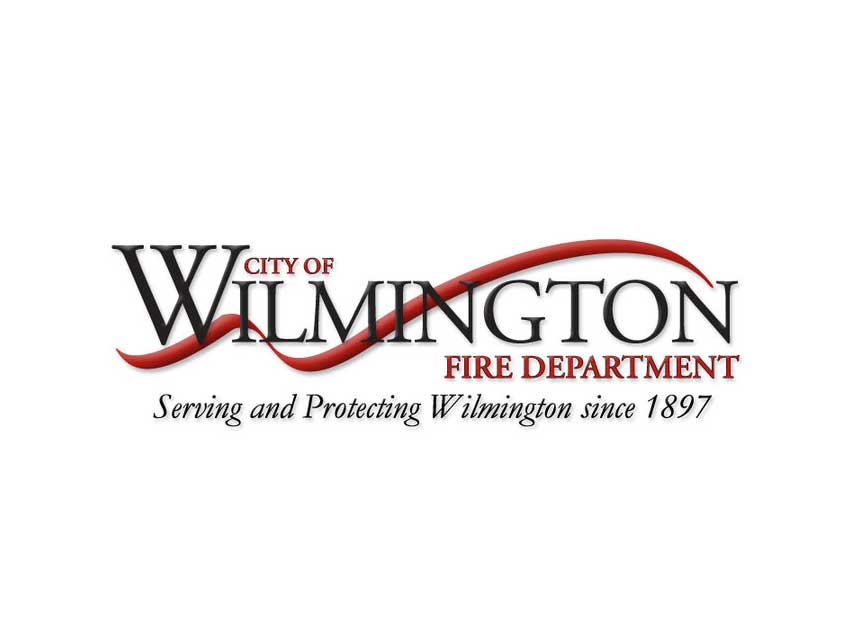 Mar. 26—Did you know all City of Wilmington firefighters are also certified child safety seat technicians?

Eliseo Venecia, a Wilmington Station Two firefighter, was one of the car seat technicians on shift available to help a woman install her grandson’s car seat properly on Jan. 23.

Venecia said he was working a normal day shift when Sandra Aldridge pulled up in her Toyota RAV4 asking for help to install her grandson, Harris’, car seat.

“She felt the car seat was not installed correctly,” Venecia said. He said one of the other car seat technicians and fellow firefighter, Joshua Gibson, was working at his station that day, and they helped Aldridge together.

Venecia said the station wasn’t doing many car seat installations due to COVID-19, but they helped Aldridge out, especially since it was evident the car seat was not installed correctly.

They showed Aldridge how to install the car seat properly, and all the different parts. He said because her vehicle had bucket seating and was a smaller SUV, the car seat did not sit perfectly.

Venecia said they had to cut Styrofoam noodles to get the right manufacture-recommended angle to make sure the seat was secured tightly and was leveled. They went over what they did with Aldridge and explained why they did it.

“We told her to feel free to stop by anytime if she had anymore issues,” Venecia said.

Aldridge took them up on their offer, but it was not what they expected when she came back by Station Two a few months later with Harris.

“She informed us she had a car accident with her grandson in the car shortly after we helped her install the car seat,” Venecia said. “I was glad she came because we don’t always get to see the huge difference we made in someone’s life.”

Aldridge said on Jan. 24, not even 24 hours after she got help with the car seat, she and Harris, who was 4 months old at the time, got hit by a car that was pulling out of the Harris Teeter on S. College Road and Wilshire Boulevard.

“The car seat seemed to move a little bit when I was driving,” Aldridge said. “I just felt in my gut that I needed to stop by the station that day to get it checked.”

Aldridge said she gets choked up thinking about what would have happened if they didn’t help her.

“They went above and beyond,” Aldridge said. “I don’t know if my grandson would be alive today if they didn’t help me.” She said when she stopped by the station again to thank the firefighters who helped them she said, “I want you to come out here and see what you protected.”

“My grandson is now 6 months old,” Aldridge said. “We weren’t injured at all, and I shutter when I think about what if that car seat had moved around? They saved my grandson.”

Venecia was thankful he had the opportunity to meet Harris face-to-face and really see what they do has a huge impact on the community and people’s lives. He said he has been on several motor vehicle accident calls and witnessed first-hand where car seats have made a difference in the outcome for children involved in those accidents.

“One of our main response calls is motor vehicle accidents and helping install car seats is our opportunity to respond before the accident actually happens,” Venecia said. “In a business where time matters, this is a chance to get in front of the collisions and make a huge difference between life and death.”

Venecia said he has seen on some of his calls car seats tossed out of vehicles because of incorrect installations.

Aldridge said her grandson is still here because of the department’s “unselfish acts.”

Motor vehicle accidents were the leading cause of injury-related deaths and emergency room visits for children up to 14 years old in New Hanover from 2016 to 2019, according to New Hanover Health Educator Julia Phelps.

The National Highway Traffic Safety Administration found child safety seats can reduce fatalities by 71% for infants under the age of one and by 54% for toddlers ages 1-to-4 in passenger cars, according to Phelps. In 2017, the administration reported 37% of child fatalities in car crashes were because the children were unrestrained.

Collectively, the department decided to make all of the city stations car seat checking stations filling the need for all Wilmington firefighters to be certified as car seat technicians.

Mason said all of the Wilmington fire stations are strategically placed, so they can reach people in all areas of the city easily.

“Car seat checking is a very important service we provide,” Mason said. “It’s not hard to find a station near where you live. It’s an excellent opportunity to provide this kind of service to the community, and it’s also easy and convenient for a car seat tech to ensure yours is properly installed in your vehicle.”

Wilmington firefighters aim to help reduce fatalities due to car crashes, and Mason said this is just another way the city can lower the impact and reduce injuries.

“Car seats are very important in the safety systems of a vehicle,” Mason said. “They are essential, and need to be inspected and installed properly in order to do their job. “It’s more than just a baby carrier, it’s a life-saving device that is designed to keep our children safe in car crashes.”

Aldridge said firefighters truly put the public’s safety before their own.

“I couldn’t help but hug them,” Aldridge said. “It’s a special calling, their willingness and dedication to help people. With all the negativity we have in the world, it’s nice to know we are all still in this together.”

According to Phelps, the traffic safety administration 2019 National Center for Statistics and Analysis in North Carolina reported there were 16 lives saved by child restraints between ages four and younger, 633 lives saved by seat belts for ages five and older, and 110 lives saved by frontal air bags between the ages of 13 and older.

This is the most recent data New Hanover could provide regarding child safety seats and car crashes.

“Fire stations are a great resource for new parents or anyone who needs help with car seat installations,” Venecia said. “It’s a team effort. So many people play a roll in allowing us to provide this service. With these stories, people are working really hard behind the scenes to make sure we are trained to do this and make this program possible.”

A Trip to FDIC I Will Never Forget