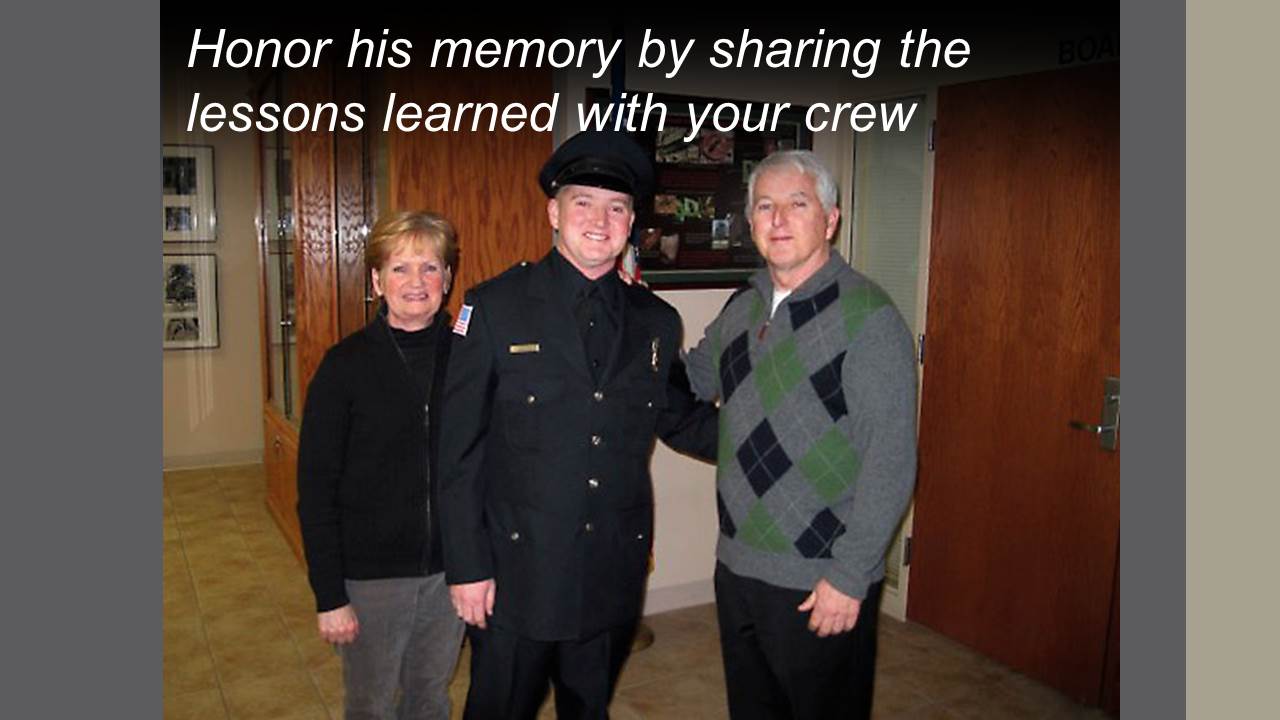 “He was a very positive, aggressive firefighter…a typical Irish Catholic South Side firefighting kid,” Grabowski said. “We are grateful to have had him for the time that we (did).”

The above quote was from Homewood (IL) Fire Chief Bob Grabowski’s description of Brian Carey, who lost his life in a fire in this small Chicago suburb more than six years ago. If you Google this event, you will see that much has been written about it, but the fire is still not known to many. In my opinion, more need to know about it and learn from this tragedy.

Firefighter Carey lost his life in a flashover that also claimed the life of the elderly resident and seriously injured a fellow firefighter. We all have responded to a working fire with “reported people trapped.” Our adrenaline starts to pump and minds race as we respond. But this is also the time for us to really focus in on what is happening, be fully situationally aware and perform at a high level. To perform, one must be fully engaged and trained physically and mentally prior to the fire. One way to prepare is to read as much as you can. Study NIOSH reports like this one and share. Do not get caught up in debates or challenge others as to what’s “new” or modern etc., but focus on gaining knowledge and getting better.

I want to thank the Homewood Fire Department and especially Deputy Chief Steve DeJong, who I met in 2015 at FDIC after a Big Room presentation on this event. Chief DeJong did something that not many chiefs willingly do, namely share and be open to helping others. To honor Firefighter Carey, please review and share this program based on the NIOSH report, with audio, video, and pictures from the scene.

May Their Sacrifices Not Be in Vain: Boston (MA) LODDs Case Study