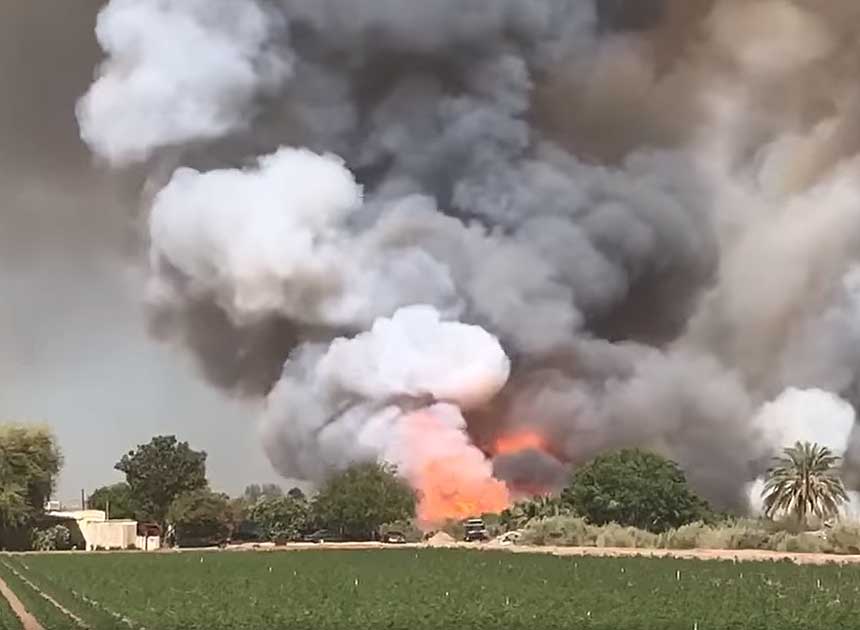 Over the weekend, Imperial County (CA) Fire Department units responded to a four-alarm brush fire near Austin and Weaver Roads.

According to Russell Fischer (media below), the fire on Saturday went to about 280 acres and burned two homes.

Per KYMA, the fire prompted the evacuation of a local mobile home park. Additional assistance was requested from San Diego and Riverside, the report said.

According to a report in Imperial Valley Press, the Brawley Fire was 95-percent contained as of Sunday afternoon.

Role of the Type I Engine

What Should You Pack in Your “Red Bag”?

Forewarned Is Forearmed: Preparing for Fire Weather in the WUI