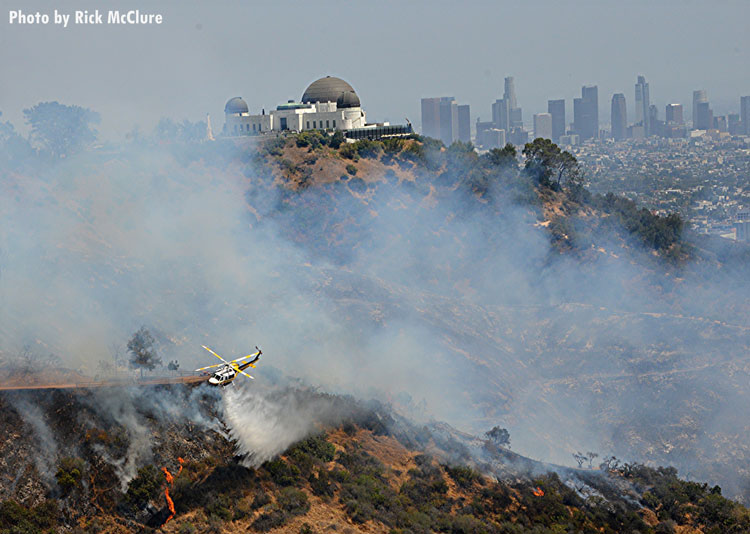 Fire photographer Rick McClure offered some photos of crews working to contain a brush fire that burned near the Griffith Observatory in Griffith Park, Los Angeles.

According to a report from the local NBC station, the fire began last Tuesday, June 10, and burned at least 25 acres before firefighters contained the flames early Wednesday in the 4,300-acre park at the eastern end of the Santa Monica Mountains. The Los Angeles Times said no injuries were reported, and the fire prompted temporary evacuation of the observatory.